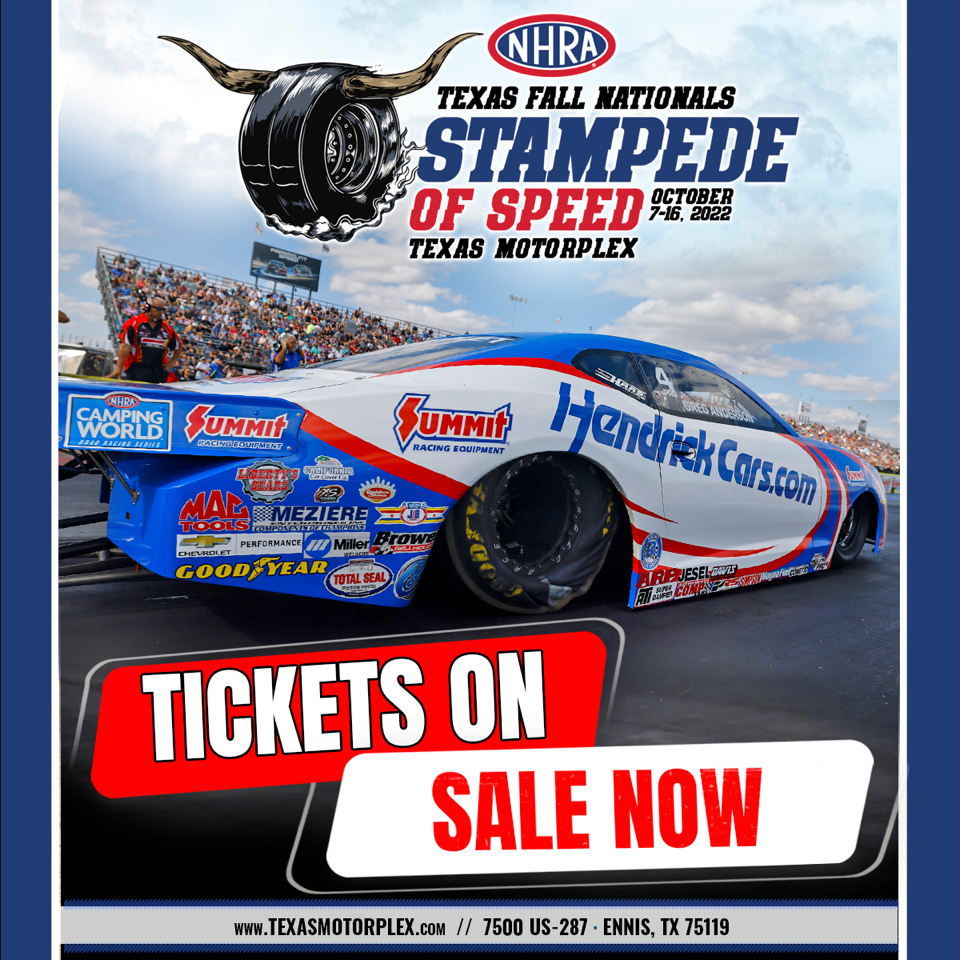 Last year Texas Motorplex launched one of the most successful multi-day entertainment and motorsports events in over two decades with the inaugural Stampede of Speed including the historic NHRA Fall Nationals. Today the tickets for the 2022 edition of the Fall Nationals and Funny Car Chaos season finale went on sale after a very strong renewal period. Fall National full event and single day tickets for the 37th annual national event featuring Top Fuel, Funny Car, Pro Stock and Pro Stock Motorcycle as well as the season finale of Constant Aviation Factory Stock Showdown and Pro Mod will pack the October 14-16 schedule. The Stampede of Speed will charge out of the gate beginning Friday and Saturday, October 7-8, with the Funny Car Chaos season finale leading the way for ten days of concerts, racing events, festivals and new family entertainment options.

“The Stampede of Speed was an amazing event for the state of Texas and this year we already have plans in motion to make the events this year even bigger and better,” said Christie Meyer Johnson, Texas Motorplex co-owner. “The NHRA Fall Nationals is the anchor event and one of the most popular NHRA national events on tour. Starting the Stampede of Speed with the Funny Car Chaos finale will be a huge boost. We are proud to be an NHRA Countdown playoff race and have the national interest and attendance for the race. We are three races into the 2022 season and the competition has been unbelievable so hosting a playoff race again will be a highlight of the season.”

The NHRA Fall Nationals will feature the “Friday Night Live” event which will include Top Fuel and Funny Car qualifying under the lights with additional qualifying bonus money on the line as well as specialty exhibition races and the popular Friday Night Live After Party on the starting line. Additional Stampede of Speed events will be announced in the coming weeks. 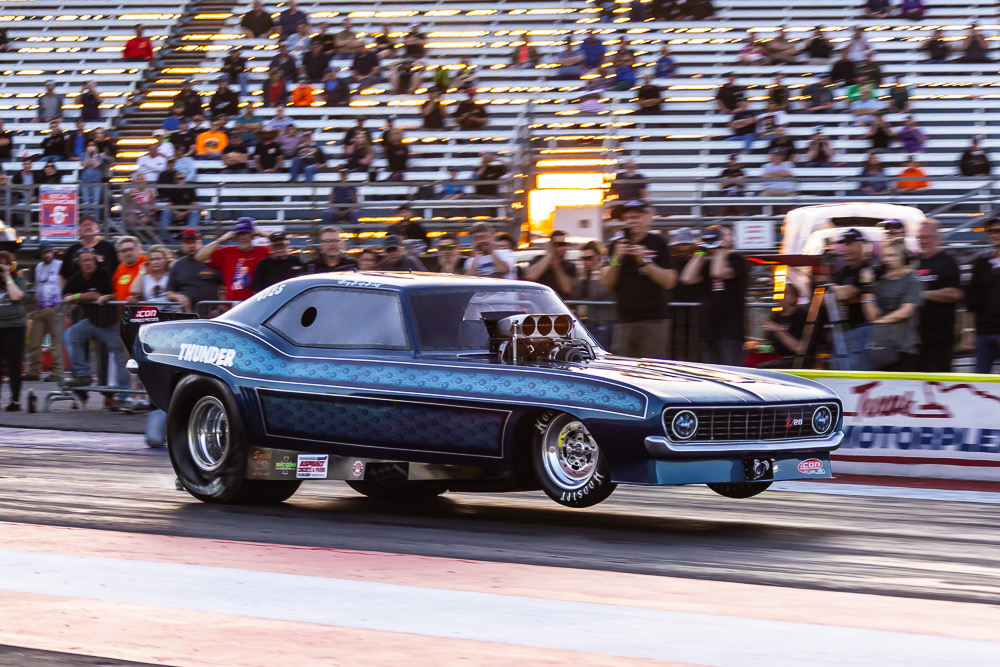 Texas Motorplex was the first all-concrete stadium-style drag racing facility constructed. Built in 1986, Texas Motorplex has been the place of many drag racing milestones and world record performances. The Billy Meyer and Christie Meyer Johnson-owned facility hosts several racing and car show events between February and November each year and also features the Champion’s Club – an 11,000 square-foot facility – that serves fully catered events throughout the year.