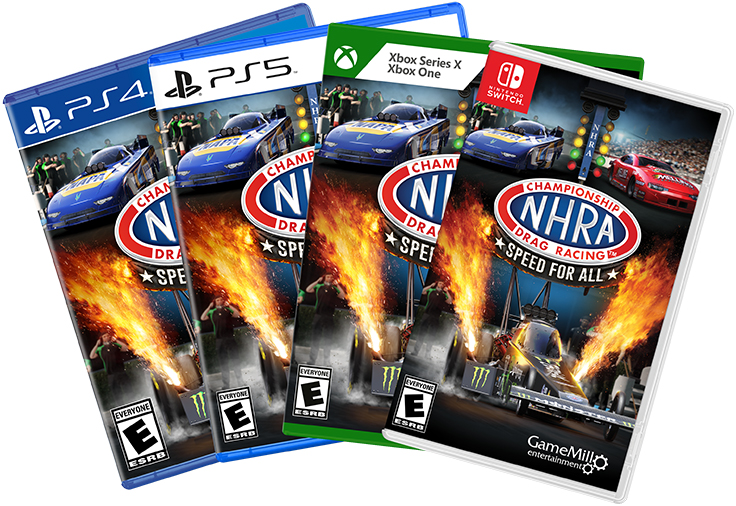 NHRA: Speed For All, the definitive drag racing video game, will be released on Aug. 26, 2022, for PlayStation5, PlayStation4, Xbox Series X|S, Xbox One, Nintendo Switch, and PC via Steam.

Speed For All is the most authentic NHRA game ever, fully immersing players in the genuine teams, tracks, vehicles, tuning, and strategies of this fiercely competitive motorsport. Strap into the driver’s seat across a range of exciting game modes in your quest to become the ultimate drag racing champion.

The game is available to pre-order now at major retailers for $49.99.